Pawel Maciejko is Lecturer in Jewish Thought at the Hebrew University of Jerusalem. 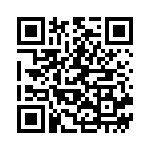