Baron Alexander von Humboldt was born in Berlin, Germany. During his early school years, he studied such subjects as geology, biology, metallurgy, and mining, and his main interest was in nature and other lands. In 1796 Humboldt traveled to the German Alps, where he measured the atmospheric pressure, humidity, and oxygen content of the air. Shortly after, in 1799, he was granted permission by the Spanish king to explore Spain's mysterious holdings in the Americas. For the next five years, he and his companion, Aime Bonplaud, explored the region that is now Venezuela, Cuba, Colombia, Peru, Ecuador, and Mexico. While in the Andes, he fell prey to mountain sickness, which led him to become the first person to explain that the sickness was caused by a lack of oxygen. During these travels, he and Bonplaud collected 60,000 plant specimens; mapped the area; and studied its climates, bodies of water, wildlife, and minerals. The findings of this exhaustive adventure were published in a 23-volume series, Voyage de Humboldt et Bonplaud (1805--34). In 1829, at the invitation of the Russian government, Humboldt made an expedition to Russia and Siberia, categorizing, observing, and recording as he went. One of the results of this expedition was a 5-volume work, Kosmos (1845-62), in which he tried to combine the vague ideals of the eighteenth century with the exact scientific requirements of his own. Considered one of the founders of modern geography, Humboldt showed geographers that there was more to the study of geography than the shape of Earth and its regions. He gave them a system of geographic inquiry, he was the first to draw an isothermal map, studied tropical storms and volcanoes, and pioneered the field of terrestrial magnetism. Equally important, he was responsible for one of the first examples of international scientific cooperation, which led to the formation of a system of meteorological stations throughout Russia and Great Britain. During one of his many expeditions, he measured the temperature of the current with which his ship sailed from Lima, Peru, to Acapulco, Mexico. Later this current was named the Humboldt Current in his honor. 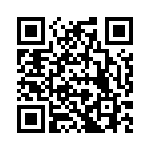