Seite 21
After he had been held prisoner six months the emperor , convinced of his innocence , freed him ( July , 564 ) , received him back into favor , and restored some of his fortune - probably not too much . But it did Belisarius little good ...
Seite 489
GALBA , who seized the title of Caesar after the death of Nero , had reigned only seven months when M. Salvius Otho , formerly governor of Lusitania , became disaffected , bribed the discontented praetorians , and led them from their ...
Seite 507
... for his defense of Verdun , said this ( early in 1918 ) he was contemplating the ruins of Allied hopes which littered the theatre of war , and the gloomy ordeal which faced the French and British arms in the immediate months ahead . 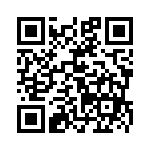