Daniel Gall studied computer science at the University of Ulm where he soon developed an interest in programming paradigms, logic programming and theoretical foundations of computer science. He pursued his PhD at the Institute of Software Engineering and Programming Languages in Ulm, where he focused on the interdisciplinary field of computational cognitive modeling and program analysis of rule-based languages. Currently, he works as a software engineer and team leader of a cloud backend development team.

The editor Thom Frühwirth is a professor of Computer Science at the University of Ulm, Germany. He is the designer of the programming language Constraint Handling Rules (CHR) and author of the book by the same name. He has also co-authored two leading textbooks on constraint programming and reasoning.

The editor Uwe Schöning is a professor of Theoretical Computer Science at the University of Ulm, Germany. He introduced the low and high hierarchies to structural complexity theory to describe the internal structure of the complexity class NP. Later, he invented a much-cited SAT-Algorithm. He has also authored several popular textbooks on Logic in Computer Science. 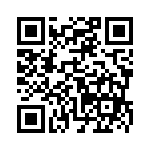