Seite 195
Devon , and to suppose that a cast of Napoleon's face had issue a son , William , and a daughter , would have been taken immediately after Jane , who died unmarried . William had a his death , and , fui ther , the fact that the son ...
Seite 211
On 12 Feb. the male whose estates were attempted to be taken prisoner was committed to take his trial at from them . the next Central Criminal Court for the In July , 1829 , two strangers applied to see forgery . the registers of St.
Seite 501
that address I had quoted Mace's account wrote ) , but taken down by the cathedral of the extraordinary effect of congregational authorities , sent to a tavern at Greenwich , psalm - singing with organ accompaniment , a and returned ... 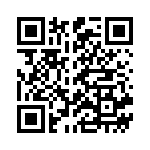