Seite 353
Again , the word seven is frequently heard in the South as “ sebn , ” but the same
form occurs in a number of dialects of England , including those of the southwest .
In the southwest of England , " gwine ” occurs for going . Even the dropping of ...
Seite 355
Drap " for drop and “ crap ” for crop are still frequently heard in the South , but
such forms were once found in New England also , and in the case of both
sections , their ultimate origin was probably in the dialects of the southwest of
England .
Seite 357
If the South — or , for that matter , any other sections of the country — under the
influence of the radio , the talking pictures , or other " cultural ” forces , cares to
abandon its characteristic speech , the pronunciation then adopted by the
educated ... 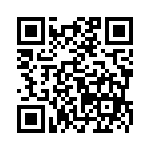