Fiona Buckland holds a PhD in Performance Studies from New York University and a MA in Film and Theatre from Sheffield University. She lives in Berkshire, England, where she is a Senior Editor at Amazon.co.uk. 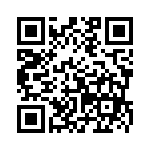