Seite 102
The wound gives the statue its unity , yet this wound does not exist in the world of
the novel . As the word like ( gleichsam ] indicates , it is a simile , a rhetorical use
of the wound . As Marlies Janz points out , “ the statue of Violetta does not have ...
Seite 169
By subverting the jailer ' s language , he subverts , if only momentarily , the
hierarchical structure that gives him his power . His coworker changes the subject
from authority to finances , indicating that this wordplay , continued too long , will
...
Seite 178
It is not Julie as an autonomous self who gives Danton peace , but only specific
physical constituents of her . It is as if Danton could find peace alone in her lap ,
lips , voice , breasts , and heart separate from her as a person . In searching for ... 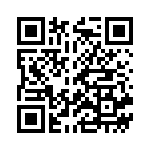