George Hill, is Executive Secretary of Doctors Opposing Circumcision and a former airline captain. He has been involved in the issue of the nontherapeutic circumcision of nonconsenting children for more than a decade. 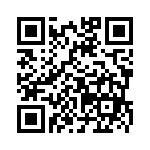