Seite 197
These two classes of names are first , all persons not British , that is , not either English , Scottish or Irish ; and secondly , names of British persons now living . This is because this great work , like the Britannica , purposely ...
Seite 499
logues of the British Museum Library abound in pamphlets , English , French , German , Italian , etc. , evincing how large a share of attention is given to the minor literature coming from the press in the more recent years .
Seite 500
Covering much the same ground , as a publishers ' periodical , is “ The Bookseller , " issued monthly since 1858 , with lists of the new issues of the British press , and critical notices . In addition to the English catalogue , there ... 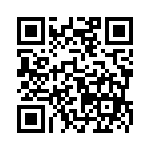