Seite 3
Any attempt to speak these twelve lines as Chaucer spoke them must be partly a matter of guesswork , but it is certain that his vowels were not always ours , and probable that they were often more or less French .
Seite 60
Yet be it more or less , or soon or slow , It shall be still in strictest measure even , To that same lot , however mean or high , Toward which Time leads me , and the will of Heaven ; All is , if I have grace to make it As ever in my ...
Seite 212
Well , less is more , Lucrezia ! I am judged . There burns a truer light in them , In their vexed , beating , stuffed and stopped - up brain , Heart , or whate'er else , than goes on to prompt This low - pulsed forthright craftsman's ... 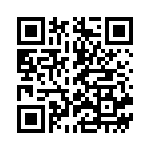