Colonel Frank Tompkins (1868-1954) was an officer in the U.S. Army. Tompkins served in numerous conflicts, including the Spanish-American War in Cuba, the Philippine-American War, the Mexican Border War, and World War I. Recommended by Gen. John J. Pershing for the Medal of Honor, he was awarded the Distinguished Service Cross for his leadership during the 1916 Battle of Columbus, New Mexico. The award was upgraded in 1934 to the Distinguished Service Cross, a decoration second only to the Medal of Honor.

Col. Tompkins was born on September 28, 1868 in Washington, D.C., one of three surviving sons of Brevet Brig.-Gen. Charles Henry Tompkins, an officer in the U.S. Army, and Augusta Root (Hobbie) Tompkins. Educated at private schools in St. Paul Minnesota and Chicago, Illinois, Tompkins graduated from Shattuck Military Academy and Braden’s (West Point) Preparatory School at Cornwall-on-Hudson, New York. In 1890 he was awarded the Silver Lifesaving Medal for rescuing a sailor from drowning in the Narrows off Governors Island in New York City in 1889.

Tompkins entered the Army directly from civilian life and was promoted to first lieutenant in the 2nd Cavalry in 1898. He subsequently served in the Philippines between 1901-1904 and Cuba from 1906-1909. In September 1910 Tompkins became a professor of military science in tactics at Norwich University, Vermont. He served, and rose through the ranks to become Colonel, on three tours as its commandant of cadets, from 1910-1913, 1916-1917, and 1919-1923.

Tompkins returned to the United States in December 1918, stationed at Fort Myer, Virginia, until March 1919, when he again became a professor and commandant of cadets at Norwich. He retired in 1920, but was immediately recalled to duty until 1923 to finish his tour at Norwich. He then retired again but remained affiliated with Norwich as a trustee until his death on December 21, 1954 at the age of 86. 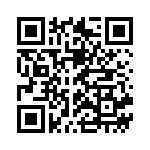