I stumbled onto this book many years ago while browsing the bookshelves of an independent bookstore in Monterrey CA. Its concepts were so general but struck me as universal. I knew the information was ... Vollständige Rezension lesen

Important systematic description of what agent-based modeling is all about in studying complex systems. Vollständige Rezension lesen

Seite 7 - a system is complex when there are strong interactions among its elements, so that current events heavily influence the probabilities of many kinds of later events.
Wird in 8 Büchern von 2000 bis 2006 erwähnt

Robert Axelrod is Professor of Political Science and Public Policy at the University of Michigan. The author of The Evolution of Cooperation. He lives in Ann Arbor, Michigan. 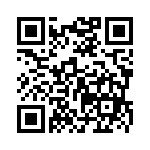