Donatella Della Porta is a professor of sociology at the European University Institute (EUI) and a professor of political science at the Istituto Italiano di Scienze Umane. She was the 2011 recipient of the Mattei Dogan Prize for distinguished achievements in the field of political sociology. She has launched both the Consortium on Social Movement Studies at the EUI and the 'Mobilizing for Democracy' project with funding from the European Research Council. She is co-editor of European Political Science Review. Her previous publications with Cambridge University Press are Meeting Democracy (edited with Dieter Rucht, 2012), Approaches and Methodologies in the Social Sciences (edited with Michael Keating, 2008) and Social Movements, Political Violence, and the State (1995). 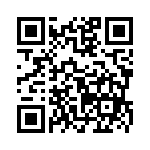