Julie has exhibited her wildlife and botanical paintings in Africa, the UK and USA, and is a member of The Wildlife Art Society International. Her illustration work includes the book When Elephant Was King, travel brochures, t-shirts, logos and greeting cards. Julie's photographs have been published in books and magazines, including the National Geographic and Hedgerow Medicine. She has also worked with her parents on several films, including the National Geographic special Survivors of the Skeleton Coast, for which they won Emmy awards in 1993.

Julie is a member of The Society of Authors and co-authored Hedgerow Medicine (2008) and the cookbook Vegetarian Masterpieces (1988) with Carol Tracy. She contributes regularly to the journal The Herbalist, and to Triangle magazine.

Julie's interest in health led her to train in herbal medicine, iridology and energy medicine, and she runs a natural health practice in Norfolk, England. As a practicing herbalist, she grows and collects many of her own herbs, and makes her own essences. She also teaches workshops on herbal medicine making, and leads herb walks.

Matthew Seal has worked in the UK and South Africa as an in-house and freelance ditor and writer for books, magazines and newspapers. 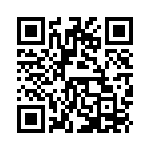