The truth never stands in the way of a good story

Verbally transmitted stories that have influenced history, beliefs, morals, and humor, folktales usually derive from a retelling by a "friend-of-a-friend" through which the tale has become accepted as ... Vollständige Rezension lesen

He lives in Salt Lake City, where he is professor emeritus at the University of Utah. 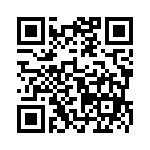