I was surprised to see so many reviewers complaining that this book was dense- I thought it was almost too light. Rubenstein ends up doing a very nice job balancing scholarly respectability ... Vollständige Rezension lesen

The particular twist to this popular account of the First Crusade is the degree to which the author tries to recapture the apocalyptic mentality of the time in western Christianity, and which made ... Vollständige Rezension lesen

Jay Rubenstein is an Associate Professor of Medieval History at the University of Tennessee. A former Rhodes Scholar and MacArthur Fellow, he lives in Knoxville, Tennessee. 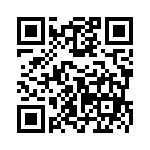