David A McIntee has written many tie-in novels in such franchises as Dr Who, Star Trek, Final Destination and Space 1999. He has also written comics adapting the work of Ray Harryhausen, William Shatner and John Saul. He has been a regular features contributor to many genre media magazines, and has written academic studies about the Aliens and Predator series, Blakes 7, and others. He has also run re-enactment demos of Ancient Egyptian events. 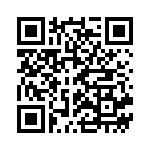