Anthony J.Leggett was born in London, England in March 1938.He attended Balliol College, Oxford where he majored in Literae Humaniores (classical languages and literature, philosophy and Greco-Roman history), and thereafter Merton College, Oxford where he took a second undergraduate degree in Physics. He completed a
D.Phil.(Ph.D.) degree in theoretical physics under the supervision of D.ter Haar. After postdoctoral research in Urbana, Kyoto and elsewhere he joined the faculty of the University of Sussex (UK) in 1967, being promoted to Reader in 1971 and to Professor in 1978. In 1983 he became John D. and Catherine T. Macarthur Professor at the University of Illinois at Urbana-Champaign, a position he currently holds. His principal research interests lie in the areas of condensed matter physics, particularly high-temperature superconductivity,and the foundations of quantum mechanics. 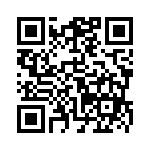