John Anthony Ciardi was born on June 24, 1916 in Boston. He was an American poet, translator, and etymologist. He translated Dante's Divine Comedy, wrote several volumes of children's poetry, pursued etymology, contributed to the Saturday Review as a columnist and long-time poetry editor, and directed the Bread Loaf Writers' Conference in Vermont. In 1959, Ciardi published a book on how to read, write, and teach poetry, How Does a Poem Mean?, which has proven to be among the most-used books of its kind. He attended Bates College in Lewiston, Maine and Tufts University in Boston where he studied under the poet John Holmes. He received his degree in 1938, and won a scholarship to the University of Michigan, where he obtained his master's degree the next year and won the first of many awards for his poetry,e.g., the prestigious Hopwood Award. Ciardi taught at the University of Kansas City before joining the U.S. Army Air Force in 1942. He was discharged in October 1945 with the rank of Technical Sergeant. After the war, Mr. Ciardi returned briefly to Kansas State, before being named instructor in 1946, and later assistant professor, in the Briggs Copeland chair at Harvard University, where he stayed until 1953. Ciardi had published his first book of poems, Homeward to America, in 1940, before the war, and his next book, Other Skies, focusing on his wartime experiences, was published in 1947. He had begun translating Dante for his classes at Harvard and continued with the work throughout his time there. His translation of The Inferno was published in 1954. Ciardi's translation of The Purgatorio followed in 1961 and The Paradiso in 1970. John Ciardi died on Easter Sunday in 1986 of a heart attack. 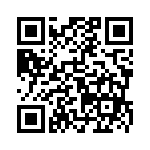