Where I got the book: purchased used on Amazon. The Robber Barons was written in 1934, but there’s not much that seems dated about this enjoyable popular history. I bought it to get a better idea of ... Vollständige Rezension lesen

448. The Robber Barons: The Great American Capitalists 1861-1901, by Matthew Josephson (read 8 Nov 1952) The author has a Marxist view of capitalism but the book seems pretty factual. Vollständige Rezension lesen 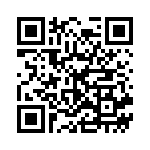