Deford tries a bit hard to cop the vibe of the early 1900's at some points, writing a bit too much in that style, but an overall solid effort. Vollständige Rezension lesen

One of our more melodious sportswriters details the importance of Mathewson and McGraw in raising baseball to the status of a national pastime.As the 19th century gave way to the 20th, baseball was ... Vollständige Rezension lesen

Benjamin Franklin Deford III was born in Baltimore, Maryland on December 16, 1938. He graduated from Princeton University in 1962. He began his career at Sports Illustrated as a researcher. He wrote for Sports Illustrated for more than 30 years, appeared on HBO's Real Sports with Bryant Gumbel for 22 years, and gave 1,656 weekly commentaries for NPR's Morning Edition. He was a six-time Sportswriter of the Year, a National Magazine Award recipient, a member of the National Sportscasters and Sportswriters Hall of Fame, and the first sportswriter to be given a National Humanities Medal. He wrote both fiction and nonfiction books including two memoirs entitled Alex: The Life of a Child and Over Time: My Life as a Sportswriter. He died on May 28, 2017 at the age of 78. 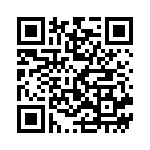