Seite 266
In this particular thought experiment we have found that a clock which always
moves uniformly relative to the material background of a closed static model
universe records a shorter interval of time between successive epochs of meeting
a ...
Seite 352
Moreover , if the expansion of the universe is non - uniform , i.e. if the relative
radial motion of nebular clusters is accelerated , it may happen that there are
events in distant regions which can never be detected , even in principle , by
observers ...
Seite 354
7.3 , Q is in the future with respect to E , according to A , but it is in the past with
respect to E , according to B. If , however , the speed V , of B relative to A , were
sufficiently slow , then Q would lie above the ( x ' , y ' , z ' ) hyperplane and so
would ... 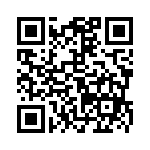