A. Bowdoin Van Riper, an adjunct professor at Southern Polytechnic State University, is the author of Looking Up: Aviation and the Popular Imagination; Science in Popular Culture: A Reference Guide; and Men among the Mammoths: Victorian Science and the Discovery of Human Prehistory. 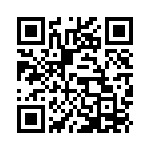