Seite xxiv - Any male who fails to qualify in any one of these ways is likely to view himself — during moments at least — as unworthy, incomplete, and inferior.
Wird in 58 Büchern von 1963 bis 2008 erwähnt

Michael Kimmel is professor of sociology at State University of New York, Stony Brook, NY, and the author of Manhood in America, The Gendered Society and Men's Lives. He is founder and editor of the journal Men and Masculinities.

Amy Aronson, PhD, is a professional writer and the U.S. editor of the international quarterly Media History. 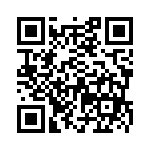