R. J. Clarke, also co-editor of the widely-acclaimed six-volume work Coffee published between 1985 and 1988, is a consultant based in Chichester U. K. 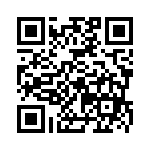