Seite 163
What , then , do we mean when we praise a historian for being objective , or say
that one historian is more objective than another ? Not , it is clear , simply that he
gets his facts right , but rather that he chooses the right facts , or , in other words ...
Seite 183
It was not till the turn of the century that we complete the transition to the
contemporary period of history , in which the primary function of reason is no
longer to understand objective laws governing the behaviour of man in society ,
but rather to ...
Seite 189
Even science , as we have seen , is now less concerned to investigate and
establish objective laws of nature , than to frame working hypotheses by which
man may be enabled to harness nature to his purposes and transform his
environment . 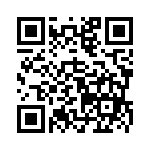