Seite xvi
It was no longer the “ tragedy of pride ” but the story of a second - rate , excitable ,
intensely ambitious man , only his mother , played by Agnes Straub , remaining a
queenly figure , which perhaps accounts for Brecht ' s resentment of her ( he ...
Seite 205
Well , to make a long story short , I kept at him till he jumps in the boat with me ,
and in three shakes we fish them out of the water . They were all blue . So I take
them home and sit them down by the fire , they take their clothes off to dry , they '
re ...
Seite 417
The love story Victoria was sixteen and a pupil at a boarding school , when she
had a brief “ love affair ” with Captain Plume lasting barely three days : letters ( in
which she insisted on marriage ) , a hasty rendezvous , a painful leavetaking . 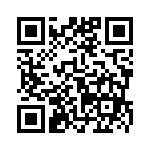