Seite 81
On January 23 , 1933 , Molotov , reviewing the international situation at the
session of TSIK , declared with unusual brevity that “ Germany occupies a special
place in our foreign relations ” , arising from " the interests of both countries ” .53
The ...
Seite 83
HITLER IN POWER It was only in retrospect that Hitler's appointment as
Chancellor on January 30 , 1933 , was seen as the decisive date in his ascent to
power . There had been no coup d'état , no march on Rome . Of the twelve
members of ...
Seite 231
On January 8 , 1934 , the council of the ILP at last replied to IKKI's letter of
September 17. It accepted the principle of a united front to defend the USSR , to
resist capitalism , Fascism and war , and to promote the aim of “ revolutionary
socialism ... 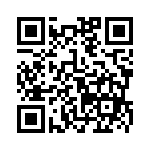