Seite 129
Great Britain. Parliament. House of Commons. 50 acres , were owners outside
the Act . There is indication that occupying ownership by small cultivators can be
extended , if the terms , especially the initial terms , are made easier . And in no ...
Seite 175
not been peculiar to Britain , but has been a feature of the economy of nations -
such as France , Germany , and Belgium - which have , like Britain , the
conditions of great industrial development ; and that even considerable
restrictions on the ...
Seite 185
Great Britain. Parliament. House of Commons. - Germany annum , and the State
is willing for a time to bear , in addition to its initial outlay of possibly Ł 10 per
holding , as at present , a loss of Ł 10 a year in rent ( which would practically give
the ... 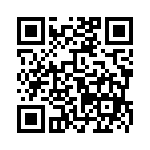