Seite 29
Seligman describes propaganda as the “ dissemination by highly interested groups of doctrines which are reprobated by public opinion ... with the possible exception of some Germans , approved of the doctrine that the Germans were " Huns ...
Seite 150
doctrine. ,. dogma. ,. faith. ,. belief. ,. creed. ,. tenet , myth , fable , legend , fiction , vision , phantasm , chimera , dream , supposition , proverb , adage , aphorism , maxim , saw , precept , dictum , axiom , truism .
Seite 151
What is the doctrine of " original sin " ? It is not a postulate upon which investigation , as scientists understand investigation , is encouraged ; it is not a hypothesis which is used simply as a guide in investigation . 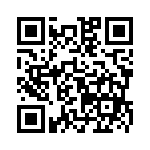