James Peoples is professor of Sociology/Anthropology and Director of East Asian Studies at Ohio Wesleyan University, where he has been teaching courses in anthropology since 1988. He has also taught in the anthropology departments of the University of California at Davis and the University of Tulsa. His geographic area of specialty is Micronesia, where he studied the impact of American subsidies on the island agricultural and cash economies. His first book, ISLAND IN TRUST (1985), summarized the results of this field research. Since becoming Director of East Asian Studies in 2004, Dr. Peoples has journeyed to Korea and Japan for seminars and workshops. He recently published a chapter, translated into Chinese, in a book used in cultural anthropology courses in the People's Republic of China. He has published most of the results of a comparative analysis of political evolution in Micronesia. Dr. Peoples also has co-authored ESSENTIALS OF CULTURAL ANTHROPOLOGY and INTRODUCTION TO CULTURAL ANTHROPOLOGY.

A well-known specialist in Native American cultures, Garrick Bailey has authored numerous scholarly works including A HISTORY OF THE NAVAJOS, with Roberta Bailey (1986), THE OSAGE AND THE INVISIBLE WORLD (1995) and ART OF THE OSAGE, with Daniel Swan (2004). He is currently editor of Volume 2, INDIANS IN CONTEMPORARY SOCIETY, THE HANDBOOK OF NORTH AMERICAN INDIANS. Dr. Bailey received his Ph.D. from the University of Oregon. He also is the co-author of ESSENTIALS OF CULTURAL ANTHROPOLOGY and INTRODUCTION TO CULTURAL ANTHROPOLOGY. He teaches anthropology at the University of Tulsa. 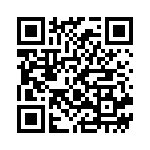