Colonel Frank Tompkins was born in 1868. Instead of going to West Point like his father and grandfather before him, Tompkins entered the army directly in 1891. He graduated from the Infantry and Cavalry School at Fort Leavenworth in 1897 and became a captain in 1901. For the next nine years, he commanded expeditions in the Philippines, Mt. Banahao, and New Mexico, until he was detailed as Professor of Military Science and Tactics at Norwich University, Vermont. Tompkins retired after 30 years of service, having revolutionized and upheld the standards of cavalry and military service. 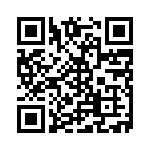