Adapting the “Live Cartoon” series that shares this title’s name, Barnett (John’s Turn) and Harris (Have You Ever Seen a Flower?) replace innovative papercraft and DIY camerawork with an assured ... Vollständige Rezension lesen

Shawn Harris 's first illustrated book, Her Right Foot by Dave Eggers, received seven starred reviews, was an Orbis Pictus Award Honor Book, an ALA Notable, and a PW Best Book of the Year. His other picture books include Eggers's What Can a Citizen Do , which was a Time Magazine Best Children's Book, Everyone's Awake by Colin Meloy, A Polar Bear in the Snow by Mac Barnett, and his own author-illustrated works Have You Ever Seen a Flower? and Doing Business .nbsp;Harris also occasionally moonlights as singer/songwriter of the popular Oakland, California, band The Matches, whose early 2000s album art sparked his illustration career.nbsp;nbsp; 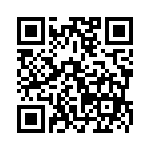