The Oxford book of villains

True crime aficionados will find its accounts of such murderers as Crippen relatively tame, but fans of English mysteries will enjoy browsing through The Oxford Book of Villains, a compilation of ... Vollstõndige Rezension lesen

About the Editor:
John Mortimer is author of Rumpole of the Bailey, the Leslie Titmuss books, Voyage Round My Father, and other volumes. 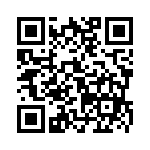