Scott MacKenzie is Adjunct Professor of FiIm and Media Studies at QueenŐs University in Ontario. He is co-editor of The Perils of Pedagogy: The Works of John Greyson (2013) and author of Screening QuŽbec: QuŽbŽcois Moving Images, National Identity and the Public Sphere (2004).
Ę 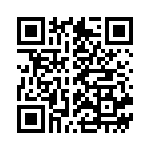