Seite 3
DRAMATIS PERSONó KING HENRY the Sixth . DUKE OF GLOUCESTER , uncle to the King , and Protector . DUKE OF BEDFORD , uncle to the King , and Regent of France . THOMAS BEAUFORT , Duke of Exeter , great - uncle to the King .
Seite 139
My lord protector , so it please your grace , Here are the articles of contracted peace Between our sovereign and the French king Charles , For eighteen months concluded by consent . Glou . [ Reads ] ' Imprimis , It is agreed between ...
Seite 316
Go where you will , the king shall be commanded ; And be you kings , command , and I'll obey . First Keep . We are true subjects to the king , King Edward . K. Hen . So would you be again to Henry , If he were seated as King Edward is . 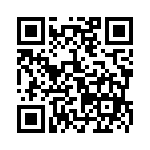