Alexandra Y. Aikhenvald is Distinguished Professor and Research Leader (People and Societies of the Tropics) at the Cairns Institute, James Cook University, Australia. She is an authority on languages of the Arawak family, from northern Amazonia, and has written grammars of Bare (1995, based on work with the last speaker who has since died) and Warekena (1998), plus A Grammar of Tariana, from northwest Amazonia (CUP, 2003). Her comprehensive grammar, The Manambu Language from East Sepik, Papua New Guinea, was published by OUP in 2008. Other books include Classifiers: a Typology of Noun Categorization Devices (2000, paperback 2003), Language Contact in Amazonia (2002), Evidentiality (2004, paperback 2006), and Imperatives and Commands (2010) all published by OUP. She is co-editor with R. M. W. Dixon of the OUP series Explorations in Linguistic Typology, the fifth volume of which is The Semantics of Clause Linking (2009, paperback 2011). 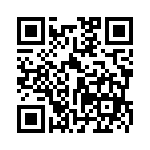