Seite 340 - Other hackneymen seeing this way, they flocked to the same place, and performed their journeys at the same rate ; so that sometimes there is twenty of them together, which disperse up and down, that they and others are to be had everywhere, as watermen are to be had by the water-side. Everybody is much pleased with it...‎
Wird in 92 Büchern von 1731 bis 2008 erwähnt
Seite 211 - The Lord giveth, and the Lord ' taketh away ; blessed be the name of the Lord.‎
Wird in 648 Büchern von 1802 bis 2008 erwähnt
Mehr
Seite 383 - ONCE upon a time, and a very good time it was, though it wasn't in my time, nor in your time, nor any one else's time, there was a girl whose mother had died, and her father had married again.‎
Wird in 34 Büchern von 1861 bis 2007 erwähnt
Seite 295 - Here the heavily-laden ships are down far below the quay, and you descend to them by ladders; whilst in another basin they are high up out of the water, so that their green copper sheathing is almost level with the eye of the passenger; while above his head a long line of bowsprits stretches far over the quay ; and from them hang spars and planks as a gangway to each ship. This immense establishment is worked by from one to three thousand hands, according as the business is either brisk or slack.‎
Wird in 32 Büchern von 1851 bis 2006 erwähnt
Seite 294 - ... flags flying in the air, has a most peculiar effect; while the sheds, with the monster wheels arching through the roofs, look like the paddle-boxes of huge steamers. Along the quay, you see now men with their faces blue with indigo, and now...‎
Wird in 29 Büchern von 1851 bis 2003 erwähnt
Seite 327 - Act be required to be registered or licensed by the master, wardens, and commonalty of watermen and lightermen of the River Thames to be registered or licensed under this Act.‎
Wird in 42 Büchern von 1827 bis 1980 erwähnt
Seite 295 - The sailors are singing boisterous nigger songs from the Yankee ship just entering ; the cooper is hammering at the casks on the quay ; the chains of the cranes, loosed of their weight, rattle as they fly up again ; the ropes splash in the water ; some captain shouts his orders through his hands ; a goat bleats from some ship in the basin ; and empty casks roll along the stones with a hollow drum-like sound.‎
Wird in 28 Büchern von 1851 bis 2006 erwähnt
Seite 363 - ... criminals or vagrants in the gaols, we find that in scarcely any cases is it ascribable to the pressure of unavoidable want or destitution ; and that in the great mass of cases it arises from the temptation of obtaining property with a less degree of labour than by regular industry...‎
Wird in 23 Büchern von 1839 bis 1996 erwähnt
Seite 25 - June 25. died at Asbornby (Lincolnshire), John Page, a pauper belonging to Silk-Willoughby, under circumstances truly singular. He being of a restless disposition, and not choosing to stay in the parish workhouse, was in the habit of strolling about the neighbouring villages, subsisting on the pittance obtained from door to door: the support he usually received from the benevolent was bread and meat; and after satisfying the cravings of nature, it was his custom to deposit the surplus provision,...‎
Wird in 9 Büchern von 1816 bis 1864 erwähnt
Seite 229 - ... and part of whom, (the coalwhippers) are extremely proud of their having turned out to a man on the 10th of April, 1848, and become special constables for the " maintenance of law and order " on the day of the great Chartist Demonstration — it has been shown that these same unskilled labourers constitute the most immoral class.‎
Wird in 19 Büchern von 1851 bis 2000 erwähnt
Weniger

Henry Mayhew had a varied career as a London writer of the mid-Victorian period. He was the son of a London solicitor, Joshua Mayhew, who reputedly was a rather tyrannous father. Apparently, Henry was a bitter disappointment to his father; the younger Mayhew had been educated at the Westminster School but, in objection to a flogging he had received, ran away from school and went to sea for a year. On his return, he was articled to his father but after three years, he abandoned the law to seek a career as a journalist and a dramatist. Mayhew achieved some early success as a dramatist, most notably with his 1834 farce, "The Wandering Minstrel." In the late 1830's, he was the joint editor of a successful satirical weekly, Figaro in London, and later helped to found Figaro's most significant and long-lived successor, Punch. Evidently, a fairly serious rift developed between Mayhew and his magazine colleagues, although the details of this falling-out remain a mystery---one of the many unanswered questions about Mayhew's life. Mayhew was never without financial worries, and, as a means of making quick money, he collaborated on a number of comic novels with his younger brother, Augustus (1826--75). Their most successful work is "The Greatest Plague of Life" (1847), which was issued in monthly numbers and proved very popular. They followed it with "Whom to Marry and How to Get Married" (1848); later Mayhew singly authored 1851, or, "The Adventures of Mr. and Mrs. Sandbags 1851," (1851). Mayhew's attempt, in 1851, to publish the 82 "letters" he had written for the Morning Chronicle, in which he investigates the plight of London's urban poor, was a financial failure. They were issued in 1861, however, in four volumes under the title London Labour and the London Poor. It is for this classic work that Mayhew is today best known. In it, he unhesitatingly depicts the opprobrium under which most of the London working classes led their lives. In many ways, London Labour and the London Poor epitomizes the Victorian tendency to be simultaneously repulsed and fascinated by the working classes, the "Great Unwashed" huddled together in the urban centers of England. Along with Edwin Chadwick and J.P. Kay-Shuttleworth, Mayhew stands as one of the earliest of urban sociologists. Although recent years have witnessed an increase in interest in Henry Mayhew, a "definitive" biography remains to be written. The introductions to his work, notably John Rosenberg's preface to the Dover facsimile edition of London Labour and the London Poor and the essays framing the edition of "The Unknown Mayhew," are good sources of information. 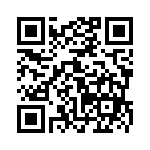