An excellent book that covers the Era that spawned the many excellent "Age of Fighting Sail" fictional accounts. Well researched, documented and written it would serve as a fine reference book for ... Vollständige Rezension lesen

Terriffic book. There have been few books that have captured the war at sea between the French Revolution and Waterloo in such exacting historical detail yet still preserved the excitement and terror ... Vollständige Rezension lesen

Noel Mostert was the Montreal Star correspondent in New York and Europe during the 1950s and has since reported for different American magazines from Europe, Africa, and the Middle East. He lives in Tangiers. 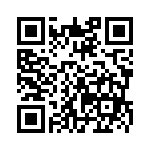