Yunus Samad has directed the masters programs in ethnicity and the undergraduate program in South Asian Area Studies at the University of Bradford. Prior to this, he was a Research Fellow at the Centre for Research on Ethnic Relations, Warwick University, and Associate Fellow of the Cecil Rhodes Chair of Race Relations, Oxford University. He also taught at Oxford and Sussex University.He was Vice-chairman of the British Association for South Asian Studies (BASAS), prior to this secretaryof the association, he also was Executive Committee member of the European Association for South Asian Studies (EASAS), on the Executive Committee of the Society for South Asian Studies, the British Academy and Member of the Co-ordinating Council of Area Studies Associations. He is also on the editorial board of a number of journals, including Contemporary South Asia and the Journal of Peace and Democracy in South Asia. He has numerous publications to his credit. Kasturi Sen is a social scientist who has worked in public health and development issues for the past twenty years. She has a doctorate from the University of Exeter, UK in Islamic Studies sociology and Economics. Between 1993 and 2004, she helped coordinate a number of multinational studies for the European Commission in South Asia and the Middle East. The most recent project was an international meeting on Citizenship and Young Muslims in selected countries of the European Union, in collaboration with the University ofBradford. During 2004 she was Visiting Professor at Jawaharlal Nehru Universitys Centre for Social Medicine and Community Health (New Delhi) and between 1996 and 2004 was based at the University of Cambridge, Institute of Public Health.She is currently Director of Research, at an International Research and Training NGO INTRAC at Oxford UK. Her interests in research and teaching span a wide spectrum and include migration social policy, international health and the political economy of health care. She has numerous publications to her credit. 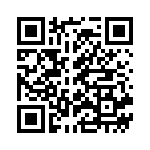