For over 30 years Alan Cooper has been a pioneer of the modern computing era. His groundbreaking work in software design and construction has influenced a generation of programmers and business people—and helped a generation of users. He is best known as the "Father of Visual Basic," inventor of personas, and founder of Cooper, the leading design consultancy.

As Director of Design R&D at Cooper, Robert Reimann led dozens of design projects and helped develop many of the methods described in About Face 3. Currently, he is Manager of User Experience at Bose Corporation and President of IxDA, the Interaction Design Association.

David Cronin is Director of Interaction Design at Cooper, where he's led the design of products for such diverse users as surgeons, museum visitors, online shoppers, automobile drivers, financial analysts, and the elderly. 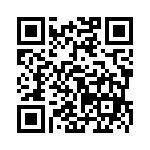