Seite xii
The outlines of the man have been cut free of lies and legend to reveal a credible human mixture of faults and strengths, and the avenues to a balanced estimate of the work, considered quasi-absolutely, have been laid, ...
Seite 165
The saintly Cecilia , on the other hand , could sublimate earthly love and perform her human wedding as a marriage to God . Therefore , whereas Orpheus ' song , representing the virtuous power of human love , could , Christ - like ...
Seite 167
But in the end his failure shows , not that this is wrong , but that this heroic much is not enough and must conclude in the answerless despair of the human condition , must conclude with Orpheus " Despairing , confounded " ( 107 ) . 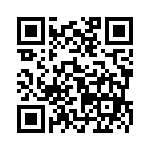