Seite 92
... sayand master of the blanketed squire , and they ing nothing , however , about the finding of the told the curate ... she put on him a cloth petticoat with to direct him to where he had left his master , black velvet stripes a palm ...
Seite 105
my master ognized it as coming from Sancho Panza , who , " This fair lady , brother Sancho , " replied the not finding them where he had left them , was curate , “ is no less a personage than the heiress calling aloud to them .
Seite 287
thing that has taken place here seemed to take “ Let it live , and welcome , ” said Master Pedro place literally , that Melisendra was Melisendra , at this in a feeble voice , " and let me die , for I Don Gaiferos Don Gaiferos ... 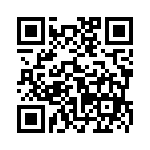