Seth Fogie is the VP of Dallas-based Airscanner Corporation where he oversees the development of security software for the Window Mobile (Pocket PC) platform. He has co-authored numerous technical books on information security, including the top selling "Maximum Wireless Security" from SAMS, and "Security Warrior" from O'Reilly. Seth frequently speaks at IT and security conferences/seminars, including Black Hat, Defcon, CSI, and Dallascon. In addition, Seth has co-authored the HIPAA medical education course for the Texas Medical Associate and is acting Site Host for Security at the "InformIT.com" website where he writes articles and reviews/manages weekly information security related books and articles

Jeremiah Grossman, founder and chief technology officer of WhiteHat Security, is a world-renowned expert in web application security and a founding member of the Web Application Security Consortium (WASC). At WhiteHat, Mr. Grossman is responsible for web application security R&D and industry evangelism. He is a frequent speaker at industry events including the Black Hat Briefings, ISACA, OWASP, NASA, ISSA and Defcon. A trusted media resource, Mr. Grossman has been featured in USA Today, the Washington Post, Information Week, NBC Nightly News, and many others. Prior to WhiteHat, Mr. Grossman was an information security officer at Yahoo!

Robert Hansen, also known as RSnake, is the founder of the ha.ckers.org web application security lab and has been heavily involved in the hacking and the security industry since the mid 1990s. Robert has worked in banner advertizing and built click fraud detection in his role as CSO for several startups. For many years he ran the managed security services product lines for Cable & Wireless. At eBay he worked on anti-cross site scripting, anti-phishing, anti-virus and web application intrusion detection and countermeasures. He has spoken at Black Hat, the Gartner security round table and at Networld+Interop and he is a member of WASC, OWASP, and ISSA.

Anton Rager is a Sr. Security Engineer with Avaya Labs and a founding member of Avaya's Enterprise Security Practice. He specializes in vulnerability research, VPN security and wireless security and is best known for his WEPCrack, WEPWedgie and IKECrack security tools. He has presented at Defcon, Toorcon, Interz0ne and many other lesser-known conferences, and was a contributing technical editor to the book Maximum Wireless Security.

Petko "pdp" D. Petkov is a senior IT security consultant based in London, United Kingdom. His day-to-day work involves identifying vulnerabilities, building attack strategies and creating attack tools and penetration testing infrastructures. Petko is known in the underground circles as pdp or architect but his name is well known in the IT security industry for his strong technical background and creative thinking. He has been working for some of the world's top companies, providing consultancy on the latest security vulnerabilities and attack technologies.
His latest project, GNUCITIZEN (gnucitizen.org), is one of the leading web application security resources on-line where part of his work is disclosed for the benefit of the public. Petko defines himself as a cool hunter in the security circles. 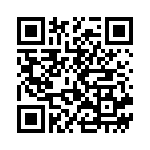