Seite 23
Chapter 2 THE RIDERS OF ROHAN Dusk deepened . Mist lay behind them
among the trees below , and brooded on the pale margins of the Anduin , but the
sky was clear . Stars came out . The waxing moon was riding in the West , and
the ...
Seite 35
Éomer ' s eyes blazed , and the Men of Rohan murmured angrily , and closed in ,
advancing their spears . ' I would cut off your head , beard and all , Master Dwarf ,
if it stood but a little higher from the ground , ' said Éomer . ' He stands not ...
Seite 184
But you , Théoden Lord of the Mark of Rohan , are declared by your noble
devices , and still more by the fair countenance of the House of Eorl . O worthy
son of Thengel the Thricerenowned ! Why have you not come before , and as a
friend ? 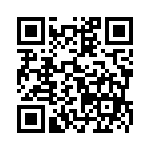