William Strunk Jr. was born in Cincinnati, Ohio on July 1, 1869. He received a bachelor's degree at the University of Cincinnati in 1890 and Ph.D. at Cornell University in 1896. He taught English at Cornell University for forty-six years. He wrote two books: The Elements of Style, which was later published under the title The Elements and Practice of Composition, and English Metres. He was also an editor and edited important works by such authors as William Shakespeare, John Dryden, and James Fenimore Cooper. He served as a literary consultant to the 1936 MGM film version of Romeo and Juliet. He died on September 26, 1946. 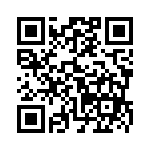