Theodore Evergates is Professor of History at McDaniel College. He is the editor of Feudal Society in Medieval France: Documents from the County of Champagne and Aristocratic Women in Medieval France, both also published by the University of Pennsylvania Press. 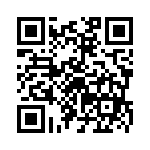