Seite 353
Most of these that escaped made their way into the North , and Thráin I , Náin ' s
son , came to Erebor , the Lonely Mountain , near the eastern eaves of Mirkwood
, and there he began new works , and became King under the Mountain .
Seite 365
The Dwarves hid themselves in deep places , guarding their hoards ; but when
evil began to stir again and dragons reappeared , one by one their ancient
treasures were plundered , and they became a wandering people . Moria for long
...
Seite 393
In Sindarin the combinations ng , nd , mb , which were specially favoured in the
Eldarin languages at an earlier stage , suffered various changes . mb became m
in all cases , but still counted as a long consonant for purposes of stress ( see ... 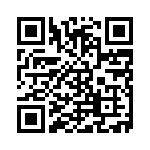