Seite 35
federation Nacional del Trabajo (CNT) unleashed a campaign of terror against
the employers that culminated in the ... Primo de Rivera, a fifty-three-year-old
Andalusian who had distinguished himself in Spain's colonial wars, was an
unlikely ...
Seite 36
An admirer of Mussolini, Primo dissolved the Cortes on 3 October and
suspended the Catalan provincial assembly in early 1924. ... In three short years,
then, Primo de Rivera had reestablished order south of the Pyrenees, and both
the State ...
Seite 40
Primo, who favored the expansion of markets overseas, agreed to broaden the
Anglo-Spanish accord in April 1927 to include ... 34-36; Primo de Rivera to
Moore, 6 October 1923, and Moore to Primo de Rivera, 22 October 1923, FRUS,
1923, ... 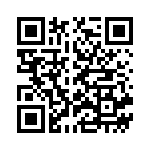